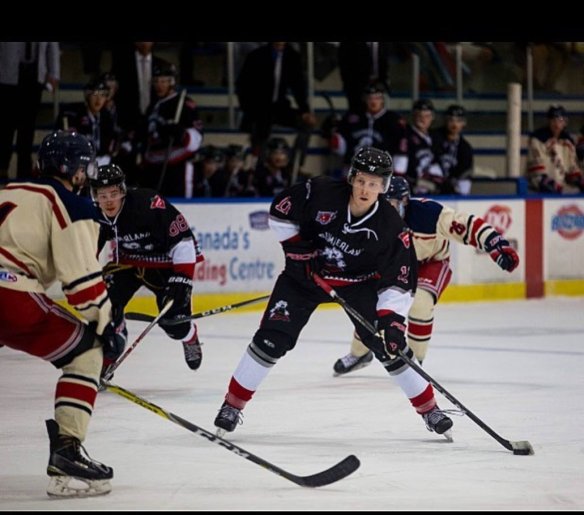 When the Summerland Steam start their October Schedule on Friday night, they’ll be looking to change a bit of team history. Their September’s have always been good, save for that first year in 2011/12, but their October schedules have seen mixed results.

Through the past six seasons, the entirety of the history of the Summerland Steam to this point, September has been their best month. They’ve played 40 September games over the past six years, compiling a 24-13-0-3 record and a .600% winning percentage for the month.

They’ve followed that up with their worst month of each calendar year, putting together a 22-34-0-1 record in 57 October games in the history of the franchise. That’s a .385% winning percentage, and they’ve only gone above the .500% line once, last season when they went 5-4.

The 2017/18 Steam, the youngest team Summerland has ever had, will look to best that mark this season and continue to lead their division. The October schedule kicks off this coming weekend, October 6th and 7th, both at home, when the Chase Heat and Kamloops Storm come to town.

For the Steam it will be their first look at the Chase Heat, who sit 2nd in the Doug Birks Divison with a 4-3 record. They’re led by nine returning players, including 1999 born Forward Josh Bourne. Bourne, in his third KIJHL season, leads the team with 5 goals and 13 points in just five games played. The Heat also have 3 other ‘impact’ forwards returning from the team that won the Okanagan Shuswap Conference Championship last season.

Zach Fournier, Kaden Black and Kolten Moore are those other three, and the four forwards are the top four scorers for the Heat. On defence the returning Pat Brady, Ryan Okino and Grady Musgrave provide offense from the defense, as well as steady defensive play and veteran leadership.

After Chase on Friday, Summerland will see the Kamloops Storm for the final time this season on Saturday night at the Summerland Arena. The Storm have struggled out of the gate, going just 1-6-1 in their first eight games.

Head Coach Ed Patterson and his staff have a very young hockey team, and there’s no doubt they’ll improve on that start as they hit the month of October. They’ve seen Summerland twice this season so far, and have been outscored 11-4 in two losses.

For Summerland its been a new trio of Yukon players leading the way. The line of Riley Smoler, Lukas Jirousek and Gavin Lawrie have been Summerland’s best trio through eight games. Smoler leads the team with 14 points (3g+11a), while Jirousek leads in the goal category with seven. Another pleasant surprise up front has been forward Cody Swan. Playing on a line with Everett Scherger and Scott Robinson, the three have gelled together nicely and formed a high scoring line that plays together both at even strength and on the power play. Swan is second in team scoring, with five goals and six assists through eight games. Robinson also has 11 points, amassing 3 goals and 8 assists.

Their defence and goaltending have been as advertised through eight games. They were expected to be a veteran laden group with some young talent mixed in, and they’ve been just that. Newcomer Ryan Allen, acquired from the Osoyoos Coyotes in mid-September, has looked very good early on. The young defender has five assists in his first seven games, playing even strength minutes alongside Summerland captain Sam Jones. Allen has also become a vital member of the Steam penalty kill, and does well to use his long reach and physical ability to dictate the play in the defensive zone.

As good as their defence has been, that was expected of the Summerland Steam. What wasn’t expected was that the team would be leading the league in total offense after month number one. It’s been a pleasant surprise this far,  and it will be fun to see how this very young team responds to their schedule getting tougher as we go.

The Steam should have a full four line, three d-pair roster available very soon, as forward Liam McLaren is nearing a return from injury. Head Coach John Depourcq and his staff have been going with a 10 or 11 forward unit on most nights, and are excited to get back to a full lineup.

Come out and join us this Friday and Saturday night, both 7:30pm starts at the Summerland Arena, and enjoy all the action! The Steam will also be down at Summerland IGA on Saturday morning from 11AM-1PM helping bag groceries and interacting with fans